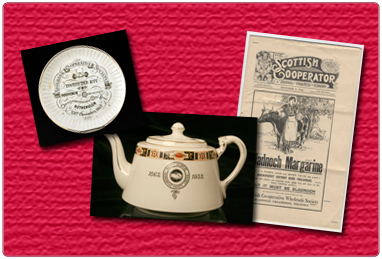 2012 was the United Nations (UN) International Year of Cooperatives.

"Cooperatives are a reminder to the international community that it is possible to pursue both economic viability and social responsibility."

United Nations Secretary-General Ban Ki-moon 2011. "Co-operatives are businesses owned and run by and for their members. Whether the members are the customers, employees or residents they have an equal say in what the business does and a share in the profits."

The cooperative movement has grown from a small shop in Lancashire in 1844 to a world-wide movement.

In 1844 Rochdale Pioneers Society opened their shop near Manchester with a capital of £28, starting a period of startling co-operative growth.

Hamilton Cooperative Society opened at 31 Chapel Street in 1861 and was one of many cooperative shops in South Lanarkshire. Between 1907 and 1914, when a new Ford car cost £190, the Hamilton Coop baking society had a bakery, shop and dining rooms in Union and Quarry Streets, Hamilton.

The objects on display illustrate the impact of the Cooperative movement in South Lanarkshire. These are: