One hundred stories of Scotland’s WW1 - told through the perspective of 100 young artists - feature in an innovative new installation at Low Parks Museum.

Entitled “What Do We Learn From All This?” the exhibition, commissioned by the Scottish Government, delivered by research and design collective Lateral North and facilitated by the Scottish Print Network, uses traditional print making techniques combined with innovative technology.  It displays the matrices used to develop each of the artists’ 100 unique prints on wooden plinths arranged in a map of Scotland.  Augmented reality technology enables visitors to explore each of the stories in detail with an iPad.

From individual acts of valour on the battlefield to naval tragedies off Scotland’s coast, from the thousands of workers filling factories at home to the brave members of the Scottish Women’s Hospitals at the Western Front, from innovations in areas such as surgery and aviation to the enduring work of poets and artists in the trenches, the project takes in a wide range of stories and subjects that will resonate throughout Scotland.

Five print studios in Aberdeen, Dundee, Edinburgh, Glasgow and Inverness, with artists from 14 years of age upwards, contributed to the project which marks the culmination of Scotland’s WW1 centenary programme.

“The ‘What Do We Learn From All This?’ project is a fitting culmination to the WW100 Scotland commemorations, allowing young people from across Scotland to tell the stories of World War One through the medium of print. It is particularly appropriate that the artworks harness traditional print-making techniques with augmented reality, bringing together old and new.

“World War One affected every village, town and city in Scotland, touching the lives of millions. It is important that we continue to remember the stories of bravery and sacrifice and to ensure they are passed on. I hope that many people will visit to see the installation and reflect on the artworks and the stories behind them.”

“We have been working with students from across Scotland to creatively interpret people and place based stories of the First World War.  Working with Solius Heritage and the Scottish Print Network, we have brought over 100 artworks together in the form of an abstract map of Scotland.  These stories are revealed in augmented reality bringing the Century old stories into the present day." 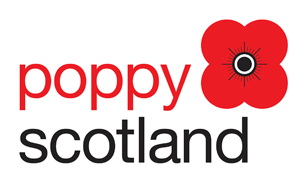 To accompany ‘What Do We Learn From All This?  We are delighted to welcome Poppy Scotland to Low Parks. From 3-8 February Bud the truck, Poppy Scotlands new mobile museum, will be in South Lanarkshire visiting some of our schools and culminating with a two day visit to Low Parks on Friday and Saturday.

Bud is travelling the length and breadth of Scotland visiting schools and diverse communities. Bud will host activities for groups to explore and share a contemporary understanding of remembrance, the nature of conflict and the poppy’s role in modern Scottish society as a symbol of unity and hope.

Exhibits within the mobile museum include historical artefacts, interactive displays and the moving stories of veterans and their families who have been supported by Poppyscotland. Visitors to Bud will also have the opportunity to make their own poppy using the same methods as the 34-stong team of disabled veterans at Lady Haig’s Poppy Factory in Edinburgh, who still hand-produce the five million poppies for the annual Scottish Poppy Appeal. 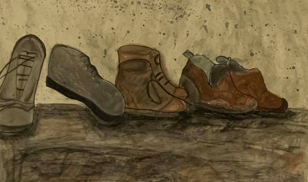 This year marked the 75th anniversary of the liberation of Auschwitz-Birkenau on 27 January.

Six million Jewish men, women and children died at the brutal hands of the Nazis and their collaborators. The Nazis persecution continued murdering countless others who did not conform or fit with the extreme Nazi ideology.

Three South Lanarkshire Secondary Schools, Calderglen High, St John Ogilvie High and Biggar High have created thought provoking and powerful work in response to this anniversary under the title of the Holocaust Memorial Day Trust’s theme for this important year, Stand Together.  Urging us all to Stand Together against prejudice and hate.

This exhibition includes a harrowing extract recorded in 2005 from one of the officers of The Cameronians (SR) 6th Battalion who with his battalion witnessed first-hand the unspeakable horror at Stalag XB Sandbostel, a Concentration and Prisoners of War camp close to Bremen.